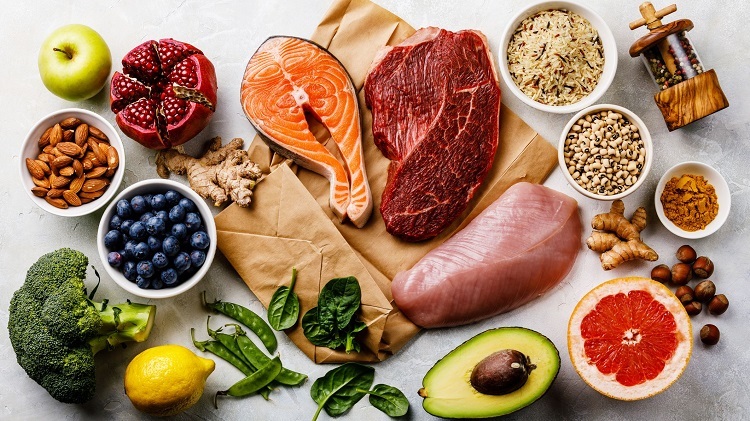 We all want to be healthy, and to achieve that, we need to follow a healthy diet. But what if the food we need are expensive? This could be the question that Americans may have formed in their minds when they read a recently conducted and published study last week. A study spearheaded by lead researcher and assistant professor from the Department of Epidemiology and the School of Public Health at the University of Washington concluded that the government should assist more consumers to develop the habit of eating healthy foods.

Last year, the so-called Food Pyramid of 2010 was released for the public’s knowledge and information. In the said pyramid, it was explained that to be healthier, there is a need to consume more foods rich in potassium, dietary fiber, vitamin D and calcium. Lately, however, there were reports though those foods rich in these elements are actually costly. Studies say that the average American household that plan to add more potassium-rich food in their family’s his diet will mean adding around $380.00 more a year to their grocery bills.

Another study was conducted and published in the Health Journal wherein respondents cited what food they ate, and their responses were analyzed for nutrient content and estimated cost. Random telephone surveys were conducted among 2,000 adults in King Country, Washington followed by a printed questionnaire that was sent back by about 1,300 people.

In general, the study had the following results: the more people spend, the more they are able to meet federal guidelines set for potassium, dietary fiber, vitamin D and calcium. In contrast, those who spend less had low intake of the four elements recently cited. At the same time, they had high consumption for foods with saturated fat and added sugar.

The findings regarding Americans that have high consumption for foods with saturated fat and added sugar is alarming. It is also alarming because most at this time, younger people become more drawn to eating the said kind of foods.

There are reports lately that because of their access to fast-food items, people getting afflicted with obesity are getting younger. In fact there is now a term called childhood obesity and it is becoming an alarming concern. Obesity becomes a major cause of worry because children seem to have access to unhealthy, caloric and sweetened beverages. They get these from school cafeterias, fast food restaurants and mall stalls.

The first step could actually be setting the right atmosphere for a gradual change in food menus. For parents, before imposing a radical change in the food to be served to the children, a little warming up should be done.

Begin by organizing picnics or backyard cook outs. In these locations, the right food can be cooked before the children’s eyes so that they can sense that fast food is not really good food. Leave the impression that home cooking is still the best sauce of cooked food.

This can be followed by asking the children to help out in the preparation of food ingredients before cooking. Cleaning and slicing fish and poultry, washing vegetables and fruits, are not only useful activities but can also be an entry for introducing the basic food groups found in the pyramid. By such helpful tasks, nutritive value of foods can be explained and the preparation can be compared to the style of food storage and preparation in fast foods. (Frozen chicken can lose the freshness and flavour if stored for periods).

Bringing the children or young adults outdoors where they can experience fishing in rivers and streams, harvesting fruits or vegetables and visiting poultries may introduce and orient to the “earthly” quality of food. That artificial and synthetic food ingredient is not only unhealthy but they are also generated from unnatural sources.

Parents should practice what they preach. Most of the time, this proves to be a very difficult task. But for parents, teaching children to stay away from junk food or fatty, sweet and calorie-laden foods can be done easily if the parents themselves stay away from these kinds of food too. Some parents practice a double standard when it comes to eating healthy and nutritious foods. They sometimes oblige their children to cut down on sweets but they are seen stealing unhealthy foods into their bedroom or TV room when no one in the house is awake anymore.

Gillie Sutherland is the weight loss retreat and weight loss boot camp manager at FitFarms. She is a highly experienced Senior Manager in the health and fitness industry. Gillie has been committed to supporting others achieve their fitness and personal goals for over 15 years. Qualified as an exercise and aerobics instructor for 18 years, Accredited Life Coach for 8 years, she is passionate about helping women feel good inside and out.

Ido Fishman Discusses Common Steak Mistakes and How to Fix Them

A food blog with hundreds of simple, healthy recipes and food blogging resources for food photography and blog monetization.
© Meadowviewsugarhouse.com